Inputs are configured by defining one or more actions to be triggered on an input event. The various input functions available are listed below.

To display the available input actions: 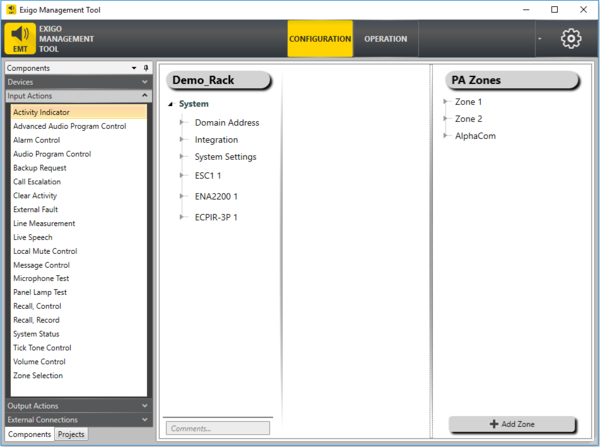 Input actions can be assigned to either a key or a control input depending on system requirements.
These can be configured by dragging-and-dropping the different functions to either Control Inputs on Amplifiers/Controller or Programmable Keys on Access Panels, e.g.: 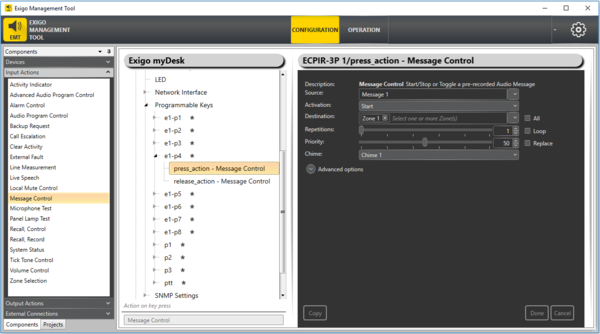 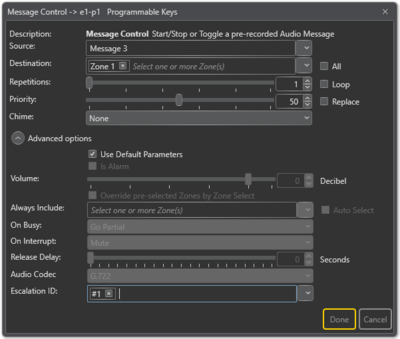 All Input Actions have some or all of the following parameters:
Destination
The zone(s) that will be included in the broadcast. This may be left blank if access panel keys are used for zone selection.

Repetitions
Set the number of times the input action should be repeated.

Priority
The priority of the broadcast.

Chime
Select the chime that will sound before the audio broadcast.

Use Default Parameters: Enable this to use default values for the parameters
Is Alarm: This tag will currently affect the alarm LED on the ESC1 system controller and the local mute function.

Volume
The Volume range is from -40 to +6 decibels.

Override pre-selected Zones by Zone Select
If this is selected, then any "zone selections" made with pre- selected zone buttons will be used instead of the static zones selected.

Release Delay
Time in seconds before the zones and resources are released after the broadcast has ended.