This article describes different redundancy concepts for PA system in general and for Exigo. 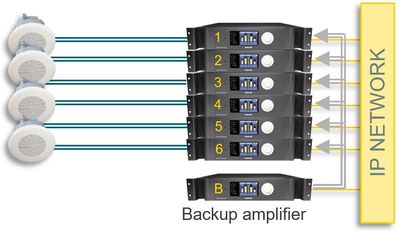 This functionality is available from Exigo 1.3 and later.
More information about this feature can be found here.

To avoid loosing audio coverage in a area if an amplifier fails, it is possible to design the solution with A-B wiring.
The concept is that you design the speaker layout in a given area (typically a zone) so that the speakers are managed from two different amplifiers.
If one of the amplifiers fails you still have audio in 50% of the speakers. 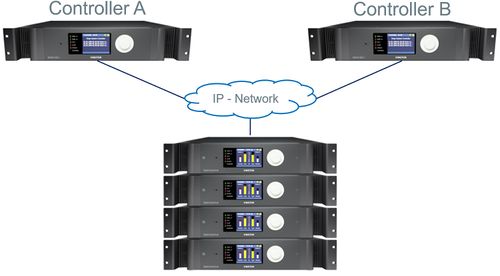 More information about this feature can be found here.

A complete A-B system consists of two complete PA systems that work together as one system.
Both systems will have a System Controller and a number of amplifiers.
The A and the B system must be physically separated.
If one of the system fail you will still have audio coverage. 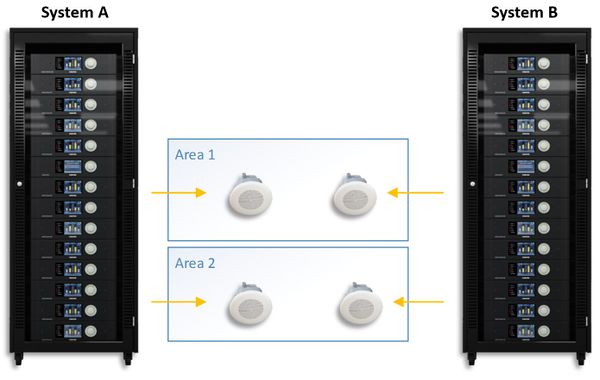 More information about this feature can be found here

For A-B System it is important to have redundancy between the A and B System.

These examples are the most typical redundancy functionality that is used in PA systems.
It is also possible to combine two or more for even more redundancy.