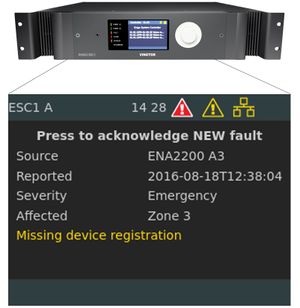 It is possible to customize the monitoring of the system.
This can be done when creating a new database using the InstallWizard: 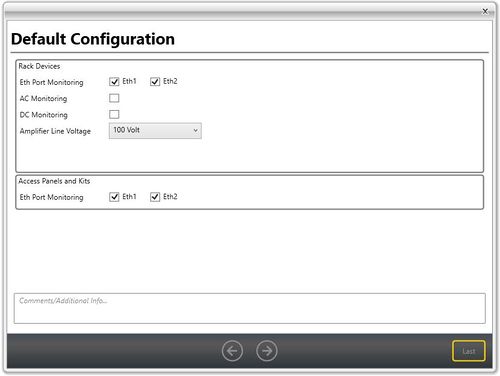 It is also possible to customize the monitoring later. 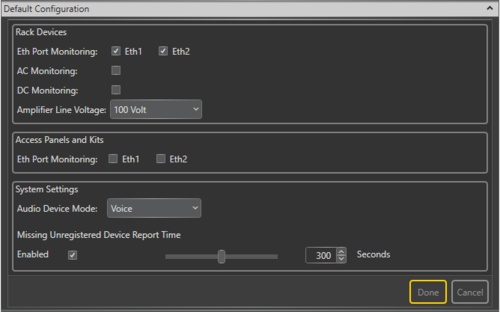 These are System Settings that are valid for every device in the system.
It is also possible to use individual monitoring setting for devices:

External equipment like switches and UPS that have fault relay outputs can report faults to Exigo with the use of external faults.
This is done with the use of the input action External Fault.